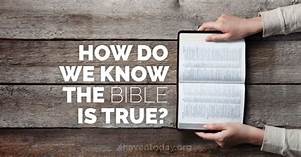 The Bible is an extraordinary work of literature, and it makes some astonishing claims. It records the detail of the creation of the universe, the origin of life, the moral law of God, the history of man’s rebelion against God, and the historical details of God’s work of redemptiom for all who trust in His Son. Moreover, the Bible claims to be God’s revelation to mankind. If true, this has implications for all aspects of life: howe should live, why we exist, what happens when we die, and what our meaning and purpose is. But how do we know if the claims of the Bible are true?

A number of Christians have tried to reply this question. But unfortunately, not all of those answer have been as cogent as we might hope. Some answers make very little sense at all. Others have some merit but fall short of proving completely if the Bible is truth. Let’s consider soem of the arguments that have been put forth by Christians.

Some Christians have argued for the truth of the Scriptures by pointing to the changes in their own lives that belief in the God who inspired the Bible has induced. Receiving Jesus as Lord is a life-changing experience that brings great joy. A believer is a “new creation” (2 Corinthians 5:17). However, this change does not in and itself prove the Bilbe is true.

When asked how they know that the Bible is true, some Christians have answered, ” We know the Bible is true by Faith” While that answer may sound pious, it is not very logical, nor is it a correct application of Scripture. Faith is the confident belief in something that you cannot preceive with your senses (Hebrews 11:1). So when I believe withoutobservation that the earth’s core is molten, I am acting on a type of faith. Likewise, when I believe in God whom I cannot directly see, I am acting on faith. Don’t misunderstand. We should indded have faith in God and His word. But the “by faith” response does not actually answer the objection that has been posed namely, how we know that the Bible is true.

Some have cited 2 Timothy 3:16 as proof that the Bible is the inerrant Word of God. This text indicate that all Scriptures is inspired by God (or ” God-breathed”) and useful for teaching. That is, every writing in the Bible is a revelation from God that can be trusted as factually true. Clearly, if the Bible is given by revelation of the God of truth, then it can be trusted at every point as an accurate depiction. The problem with answering the question this way is that presupposes that the verse itself is truthful which is the very claim at issue. In other words, how do we know that 2 Timothy 3:16 is true? ” Well it’s in the Bible, ” some might say. But how do we know the Bible is true? “Becuase 2 Timothy 3:16 assures us that it is.” This is a vicious circular argument.

Another argument for the truthfulness of the Bible concerns its uniqueness and internal consistency. the Bible is remarkably self-consistent, despites having been written by more that 40 different writers over time span of about 2,000 years. God’s moral law, man’s rebellion against God’s law; and God’s plan of salvation are the continuing themes throughout the pages of Scriptures. This insternal consistency is what we would expect if the Bible really is what it claims to be God’s revelation.

Some Christians have argued for the truth of Scripture on the basis of various lines of external evidence. For Example, archaeological discoveries have confirmed many event of the Bible. The excavation of Jericho reveals that the walls of this city did indeed fall as described in the Book of Joshua. Indeed, some passages of the Bible, which critics once claimed were merely myth, have now been confirmed archeologically. For Example, the five cities of the plain described in Genesis 14:2 were once thought by secular scholars to be mythical, but ancient document have been found that list these cities as part of ancient trade routes. Archaeology certainly confirms Scripture. Yet it does not prove that The Bible is entirely true. After all, not every claim in Scripture has been confirmed archeologically.

A number of Passages in the Bible predict future events in great detail events that were future to the writers but are now in our past. For Example, in Daniel 2 a prophecy predicted the next three world empires (up to and including the Roman Empire) and their falls. If the Bible were not inspired by God, How could its mere human writers possibly have know about events in the distan future.

The Bible Also touches on matters of science in ways that seem to go beyond what was know to humankind at that time. In Isaiah 40:22 we read about the spreading out (expansion) of the heavens (the universe). Yet secular scientist did not discover such expansion until the 1920s.

This evidence is certainly consistent with the claim that the Bible is inspired by God. And some people find such evidence strong. Yet, person who tenaciously resist the idea that the Bible is the Word of God have offered their counterarguments to the above examples. They have suggested that the predictive prophetic passage were written after the fact, much later than the text itself would indicate.

The Standard of Standards

Putting it another way, only the Bible can make sense of the standards by which we evaluate whether or not something is true. One such set of standards are the laws of logic. That would violate a lw of logic: the law of non-contradiction. The statement ” The ligth is red” and The ligth is not red” cannot both be true at the same time and in the same sense.

If we consider the biblical worldview, we find that we can make sense of the law of logic. The BiBle tells us that God’s mind is the standard for all knowledge (Colossian 2:3). Since God upholds the entire universe and since He is beyond time, we would expect that laws of logic apply everywhere in the universe and at all the time.

But if we don’t accept the Bible as true, we are left without a foundation for laws of logic. How could we know (apart from God) that laws of logic work everywhere? After all, none of ushas universal knowledge. We have no experienced the future nor have traveled ot distant regions of the universe. Yet we assume that laws of logic will work in the future as they have in the past and that they work in the distant cosmos as the work here. But how could we possibly know that apart from God?

Only the Christians worldview can make sense of the universal, exception-less, unchanging nature of laws of logic. Apart from the truth revealed in the Bible, We would have no reason to assume that laws of logic apply everywereat all the time.

For this reason the unbeliever has only “blind faith” but the Christians faith in the Bible makes knowledge possible.

The Foundation of Science

Another standard we use when evaluating certain kinds of claim is the standard of science. The tools of science allow us to describe the predictable, consistent way in which the universe normally behaves. Science allows us to make sucessful predictions about certain future states. For example, if I mix chemical A with chemical B, I expect to get result C, because it has always been that way in the past. This happens the same way every time: if the condition are the same, I will get the same result.

Some People argue that they can know that the future will be like the past on the basis of past experience. They commit the logical falacy of begging the question. Any timewe use past experience as an indicator of what will probably happen in the future, e are relying on the belief that the future will be (in basic ways) like the past. So we cannotmerely use past experience as our reason for belief that in the futurenature will be uniform, unless we already knew by some other way that nature is uniform. If nature were not uniform, then past success would be utterly irrelevant to the future! Only the Biblical worldview can provide anescape from this vicious logical circle. And that is another very good reason to believe the Bible is true.

We Already Know the God of the Bible

Since only the Bible can make sense of the standards of knowledge, it may seem perplexing at first that people who deny the Bible are able to have knowledge. We must admit that non-Christians are able to use laws of logic and the methods of science with great success despite the fact that such procedure only make sense in ligth of what the Bible teaches. Haw is it that people deny the truth of the Bible and yet simultaneously rely upon the truth of the Bible?

The Bible itself gives us the resolution to this paradox. In Romans 1:18-21 the Scriptures teach that God has revealed Himself to everyone. God has “hardwired” knowledge of Himself into every human being, such that we all have inescapable knowledge of God. However, people have rebelled against God.

The truth of the Bible is obvious to anyone willing to fairly investigate it. The Bible is uniquely self-consistent and extraordinarily authentic. It has changed the lives of millions of people who have placed their faith in Christ. It has been confirmed countless times by archaeology and other sciences. It possesses divine insight into the nature of the universe and has made correct predictions about distan future events with perfect accurancy. When Christians read the Bible claims to be the Word of God, and it demostrate this claim by making knoledge possible. It is the standard of standards. The proof of the Bible is that unless its truth is presupposed, we couldn’t prove anything at all.

If you like this post and want to know more about the Bible you can read this Book available in our campus Book Store  name How Do we Know the Bible is True? , Also you can contact us ans ask how we can help you to lear more about the Word of God. 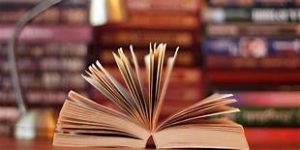 Let’s Face The Issues with Dr. Gene A. Youngblood 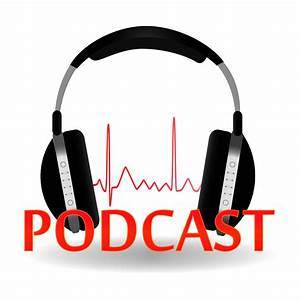